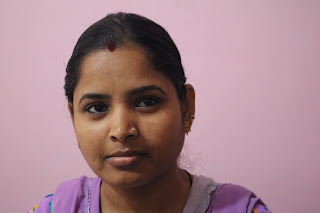 Mera Parivar role  model  a touching story of one of their staff members Sunita, who got married in 2013 had a severe health related problems after she gave birth to a baby boy. As her condition grew worst , which was due to the negligence of the hospitals,  Sunita’s in – laws sent her back to her paternal home. Since then her in laws never took care of her, nor her husband did not help nor check on her condition.
Mera Parivar once again took Sunita into their care 2015. With the facilitation and dedication to fight for justice for Sunita, Mera Parivar empowered her to take the matter to the court of Mahila Mandal ( Traditional women’s Court) and the case is in progress. Mera Parivar, believes and is committed to bring new life and a new beginning for Sunita.
Sunita says be a  part of the struggle for justice and equality re affirm the commitment and dedication to strive to support each other and stand in solidarity to fight for equal opportunity for women in socio – economic and political process of the country.
Today Sunita celebrate life with Sunita who lives happily with family and role model of society
Posted by Mera Parivar at 23:15